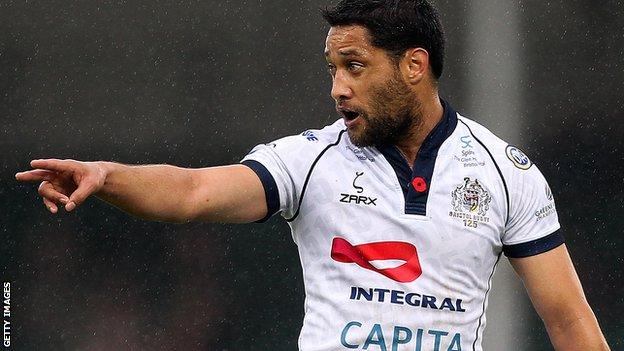 Newcastle Falcons have agreed a deal to sign scrum-half Ruki Tipuna from Championship leaders Bristol at the end of the season.

The 30-year-old, who has been at Bristol since November 2011, has signed a two-year contract at Kingston Park.

"I'm really excited at the prospect of testing myself against the very best in the Premiership," New Zealand-born Tipuna told the club website.

"Newcastle have a bright future under [director of rugby] Dean Richards."

He continued: "I'm looking forward to helping the club move up to the next level.

"My focus at the moment is with my current club Bristol [who are top of the second-tier of English rugby] and I want to help them achieve their ambition of playing in the Premiership."

Richards added: "Ruki is a quality signing for the club. He is an exciting talent that will relish playing for Newcastle."

The Falcons are second from bottom of the Premiership, and could all but guarantee their top flight survival with a home victory against bottom club Worcester on Sunday.