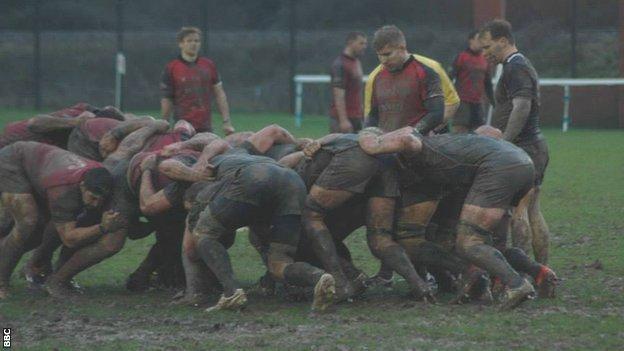 Redruth boss Ashley Morcom says his side deserved their 41-36 win over promotion-chasing Ampthill at The Rec.

The visitors dropped to third place in the National Two South table after Redruth's win, the third time a side from the top three has been beaten by the Reds at The Rec this season.

"They played their hearts out and deserved everything they got," Morcom told BBC Radio Cornwall.

"It's always nice to put a result on against the top three sides."

Redruth twice trailed in the match and only took the decisive lead when they scored a 66th-minute penalty try.

Rhodri McAtee, Ben Priddey, Luke Jones, Damian Cook and Michael Allen also crossed for the Cornish side as they secured a bonus point.

"The scoreline doesn't say we defended very well," Morcome admitted, "36 points is a fair total against you, but in the end it doesn't matter, they're top of the table and we're fighting towards the bottom.

"If we'd have had a poor defensive day it would have been a different subject."