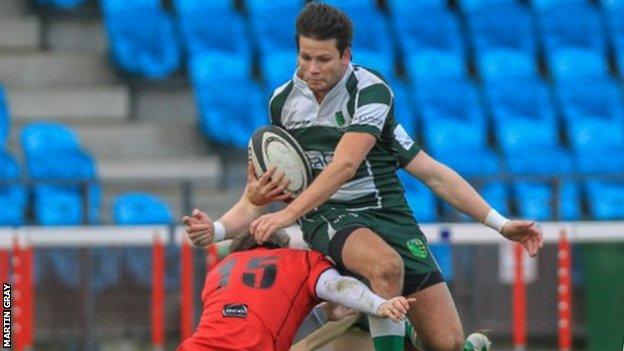 Guernsey boss Jordan Reynolds says his side are capable of holding on to fifth place in National Three London.

It would be the club's highest ever finish in the English national leagues.

"A win away to Barnes should cement a top-five spot. If we're sitting around that top five that'll be our highest position," Reynolds told BBC Guernsey.

"It was a hard slog, but we did really well and got the result," Reynolds added.

"Mathematically there's no saying we can't get into that top four. But realistically if the results go our way we'll be in the top five."