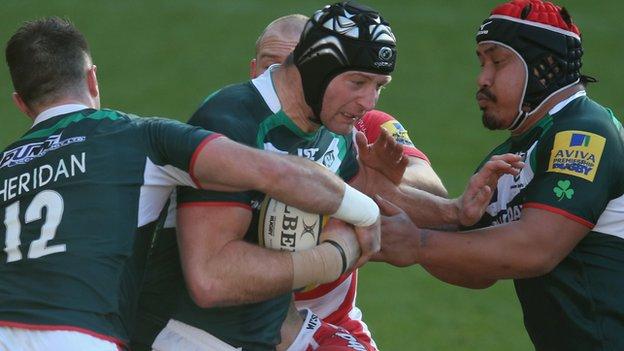 Gough, 37, has previously played for Newport RFC and won the first of his 64 Wales caps in 1998. He has also played for Pontypridd, Ospreys and Dragons.

"Recent reports on Welsh regional rugby have been very negative but I see the Dragons as being one of the positives to come out of it," said Gough.

"The squad have come so far under Lyn Jones' guidance this season - it's great to see that sleeping giant has finally been awoken."

Gough has signed a one-year deal while Belfast-born Young, 29, will be there for two seasons.

Young won Scotland caps at Under-18, 19 and 21 levels, will arrive from English second-tier side Jersey in a career that has also taken in stints at Leicester, Gloucester, Leeds and Lazio.

Young said: "Lyn has a good squad and I am honoured that I have the chance to be part of that next season.

"Having previously played in the Pro12 I understand how difficult a league it it so I am looking forward to stepping up into the Pro12 for the Dragons and teaming up once again with [former Leicester colleague] Boris Stankovich."