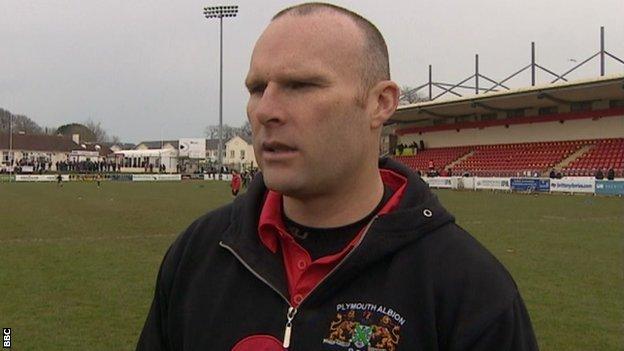 Plymouth Albion head coach James Shanahan says his side are solely focused on progressing in the British and Irish Cup.

Albion were at the weekend and travel to Leeds on Friday in the quarter-finals.

"That's what we're playing for now, that's what it's about," Shanahan said.

Shanahan will experience the knockout stages of the competition for the first time as Albion boss, and says his side can secure an upset over Leeds, who lie 32 points ahead of them in the Championship.

"It's a one-off match and anything can happen," he told BBC Radio Devon.

"Will Leeds be focused on the league? Probably, but they've still got a big enough squad to put out a really good side.

"We just have to make sure we cut our errors down and of course we can go up there and get a win and keep our season going."