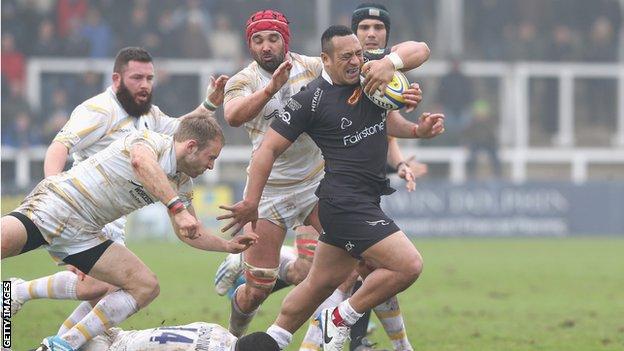 Injury has restricted the 28-year-old Samoa international to three league appearances since on a deal until the end of the season.

Sinoti shone in his first game in seven weeks on Sunday, but could not prevent 11th placed Newcastle losing to bottom club Worcester.

He becomes the fourth player in eight days to extend their time at Newcastle.

Falcons director of rugby Dean Richards said: "These are talented individuals that bring a wealth of experience to the table which is vital in the Premiership.

"Sinoti is a quality player with a lot of power and aggression. He will complement our talented youngsters coming through."