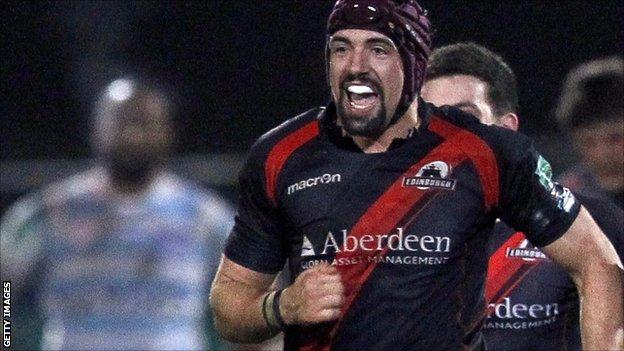 Cox, 29, has been with Edinburgh for the last three years, having previously played 64 times for Sale Sharks.

The 6ft 5ins second row made 61 appearances for Edinburgh and qualifies for Scotland through residency but has yet to play international rugby.

"He's bought into what we want to achieve and will add real steel in the pack."

Cox has agreed a one-year contract with the Exiles and said he was excited to be joining the Premiership side.

"After speaking with Brian regarding the vision and ambition of the club, I'm looking forward to the challenge and being back in the Premiership," Cox said.

"I've had some incredible highlights at Edinburgh and wish to thank the club for the last three seasons."

"Sean has been an integral part of our club for three years now and has made a valuable contribution," he said.