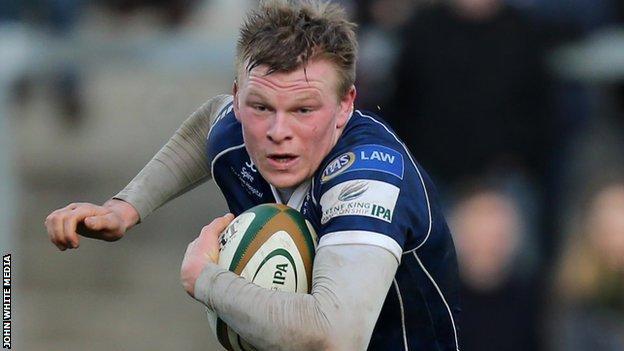 Bristol lock Joe Joyce has signed a new deal that keeps him at the Championship club for the next two years.

The 20-year-old came through the club's youth programme and has made five first-team appearances in the British and Irish Cup so far this season.

"He's exactly what the academy is about," said academy manager Mike Hall.

"He's a local Bristolian lad, who has gone from watching the team on the terraces as a youngster to representing his hometown on the pitch."

Joyce will compete for a place in director of rugby Andy Robinson's side with captain Mark Sorenson, Glen Townson, Mariano Sambucetti and Ben Glynn.

Hall added: "He now has an opportunity to continue his progress and challenge for a regular first team spot over the next two years."