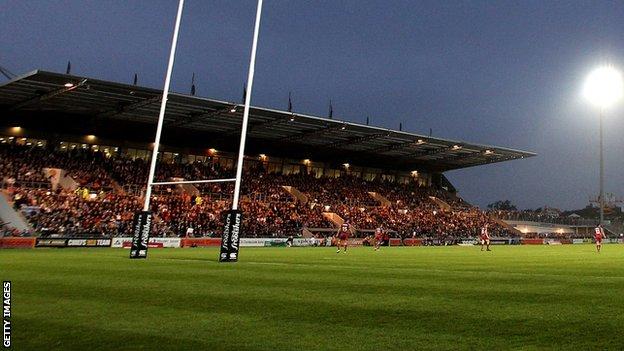 London Scottish prop Tomas Francis will join Exeter Chiefs in the summer on a two-year deal.

They replace current tight-heads and who are leaving the club at the end of the season.

"If I'm honest, getting into the Premiership has come a lot quicker than I thought, but it's a great opportunity for me," Francis said.

Francis has made 21 appearances for Scottish this season, having played at Doncaster in the 2012-13 Championship campaign.

On a pretty consistent basis, Tom has looked very good

He is the latest front-row player hoping to make the step up from the second tier with the Chiefs following Jack Yeandle, Alex Brown and Carl Rimmer.

"The Championship has a reputation for its physicality and set-piece play," added Francis.

"In the Premiership, both those areas are important, but so too are your skills and the pace of the game.

"Moving into a Premiership club you know you have to raise you're standards, so it's going to be a big challenge for me."

Chiefs head coach Rob Baxter is confident Francis has the capacity to develop his game further.

"On a pretty consistent basis, Tom has looked very good. He's looked strong in the set-piece and more mobile than you'd imagine, when you see the stats, for his size," he said.

"He's been a pretty dominant scrummager, but he's also short of time in the professional game. He's got huge potential."