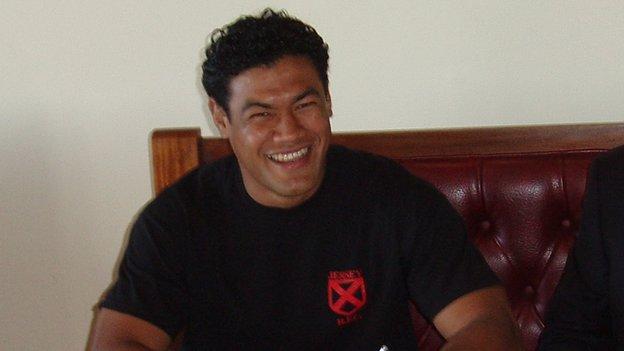 Jersey's Latu Makaafi has been banned for two weeks and fined after being found guilty of punching an opponent.

The Tonga international was adjudged to have hit an opponent in

He was also ordered to pay £250 costs after an RFU telephone tribunal.

Makaafi, who will miss the games away at London Welsh and at home to London Scottish, having previously been the first ever professional player at the club.