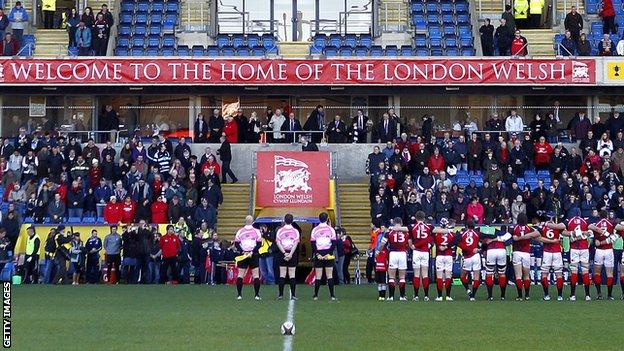 London Welsh have signed a new three-year agreement to continue playing at the Kassam Stadium in Oxford.

However, they have decided to re-commit to the Kassam, which they share with League Two Oxford United.

"The Kassam Stadium is an excellent facility with a great pitch," said chairman Bleddyn Phillips.

"We are delighted to be in a position to be able to confirm the club's commitment to Oxfordshire with the signing of this agreement."

The club initially moved to the stadium in 2012 from Old Deer Park in Richmond after winning promotion to the Premiership.

They were relegated after one season, but have already sealed a play-off semi-final place this term and currently lie second in the Championship behind Bristol, with 17 wins from their 20 games.,

"The club is committed to establishing itself as a Premiership club and this is a very important step in that direction," added Phillips.