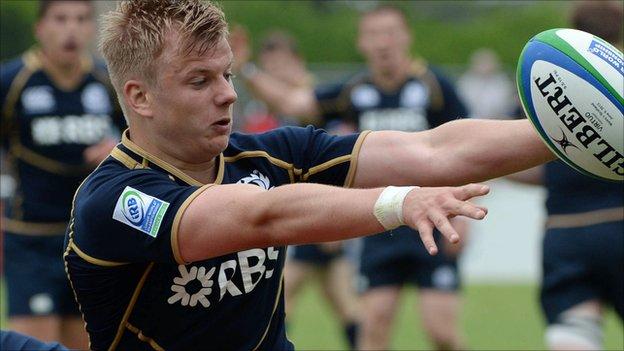 London Irish have signed young duo Scott Steele and Conor Gilsenan to their squad for next season.

Scrum-half Steele, 20, who is a Scotland Under-20 international, joins after playing for three years for the Leicester Tigers.

Gilsenan, 21, joins from Leinster where he has been since joining the Province's academy.

"Scott is a talented scrum-half with a terrific skill set and Conor is a back-rower who plays with enormous intensity.

"Both guys are quality players and good professionals and will add plenty of depth to our squad next season."