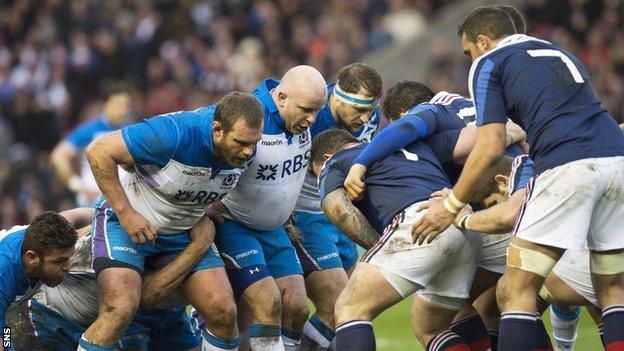 Scotland will play four warm-up games in August 2015 ahead of the Rugby World Cup.

Vern Cotter's side will play Italy home and away and travel to France and Ireland ahead of the tournament in England.

Dates and venues for the pre-World Cup matches are still to be confirmed.

South Africa as well as Samoa, United States and the top side from Asia qualification will be in Scotland's World Cup pool.

New Zealander Cotter, who replaces Scott Johnson as head coach in June, will lead Scotland on tour this summer with matches against the US, Canada, Argentina and the Springboks before an autumn series at home featuring matches versus the Pumas, New Zealand and Tonga.