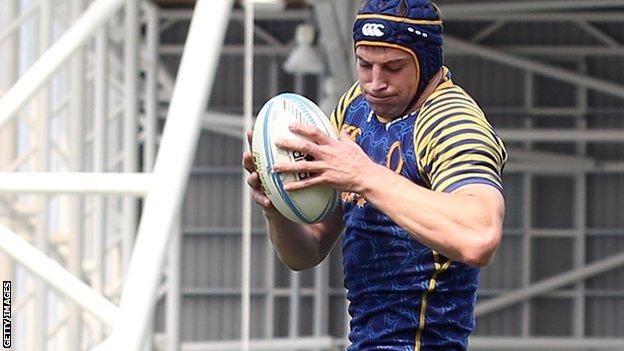 Championship side Nottingham Rugby have signed back-row forward Paul Grant from Montpellier for next season.

"He is an excellent leader as he demonstrated as captain of Otago," said Nottingham boss Martin Haag.

Grant's move to English rugby sees him link up with former Otago team-mate Sean Romans, who has also recently committed to the club for another year.

Nottingham, third-from-bottom in the Championship, were forced to cut their playing budget this season after finishing second in the table last term.

The club was saved from liquidation in January after securing £750,000 of new investment over the next three years.