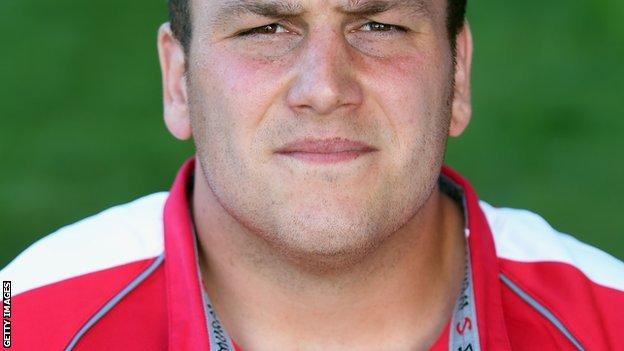 Premiership side Exeter Chiefs have signed Mitch Lees from London Welsh on a two-year contract.

The back-rower, 25, who has played 23 times for the Championship club, will join from the start of next season.

Chiefs boss Rob Baxter told BBC Radio Devon: "He's a big, strong ball-carrier and he'll certainly give us some bulk and some depth in our back five.

"We think he's one of those guys who could come out of the Championship and thrive in the Premiership."

His arrival comes just a week after Exeter announced the signing of another Championship forward, prop Thomas Francis, from London Scottish.

Lees, who stands at 6ft 6in (1.96m), has scored one try in 17 league appearances for London Welsh so far this season.

He began his senior career with Sydney's Eastwood Rugby club before moving to England in August 2013.