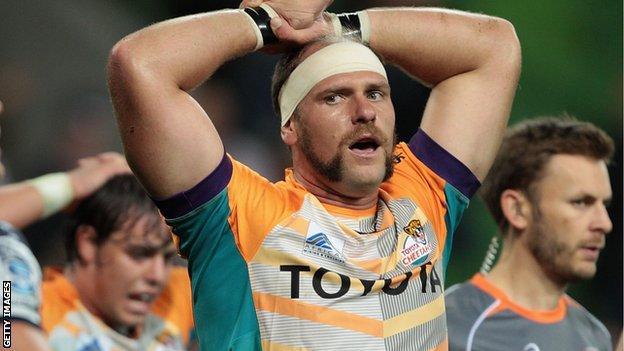 The 27-year-old, who can also play flanker, leaves Super Rugby side Cheetahs after reaching the play-offs with them during the 2013 season.

Dragons director of rugby Lyn Jones side: "I am delighted that we have recruited Rynard.

"Its another piece of the jigsaw and an important signing in the development of the region."

Landman played youth and senior rugby with the Leopards, and has also played for the Johannesburg-based Lions, Boland Cavaliers and Griquas.

"He will offer size, strength and experience to the second row and will act as a catalyst in the growth of our current crop of young Welsh locks," Jones added.

"Not only will Rynard will be a real physical presence in the pack but he will help to bring along Matthew Screech, Cory Hill and Joe Davies."