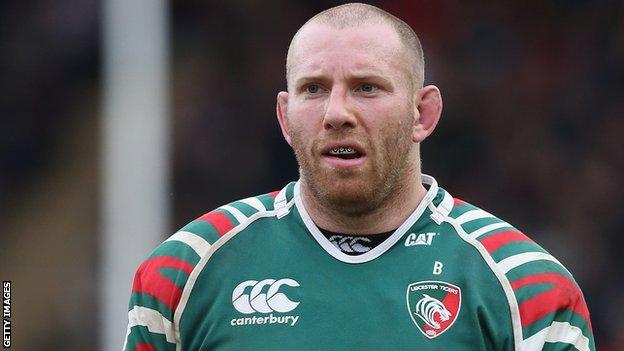 Newcastle Falcons have signed Leicester Tigers hooker Rob Hawkins on a two-year deal for the 2014-15 season.

The 31-year-old won the Premiership title with Tigers last season as understudy to England front-rower Tom Youngs and lifted the LV=Cup in 2012.

Hawkins, who joined Leicester from Bath in 2010, has made 61 league and cup appearances for the Welford Road club.

"His vast experience at this level will be invaluable for the club."

Hawkins, who becomes the Falcons' fifth signing for next season, is in his 11th season of professional rugby.

"I'm really excited about my move up to Newcastle and it is a fresh challenge I am looking forward to," said Hawkins.

"I've spoken to Dean [Richards] and I was very impressed with his plans for the club - his record in the game speaks for itself."