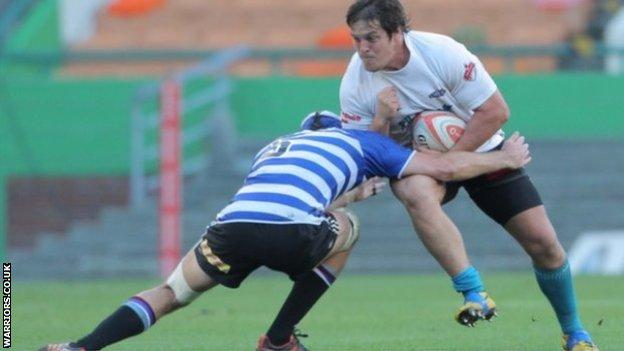 Worcester Warriors have agreed a deal to sign South African forward Nick Schonert from Super 15 side Cheetahs this summer.

The 6ft 2ins tight-head prop will be director of rugby Dean Ryan's 13th signing for next season.

Warriors are seven points adrift at the foot of the Premiership with three games left and are favourites to be relegated to the Championship.

But Schonert, 22, is still keen to be part of Ryan's rebuilt squad.

"Nick is aware of our long-term focus and is committed to being part of our journey," said Ryan.

The Worcester boss flew to South Africa to complete the deal to sign Schonert, who played alongside Warriors loose-forward Mike Williams in their days together in youth rugby.

"I was so excited when I got the call from my agent informing me that Worcester were showing a lot of interest," said Schonert.

"After Dean Ryan flew over to meet me and explained the vision for the future, I knew I was going be a part of something special.

"One of my best friends Mike Williams is at Warriors. I've played over 100 games with him."