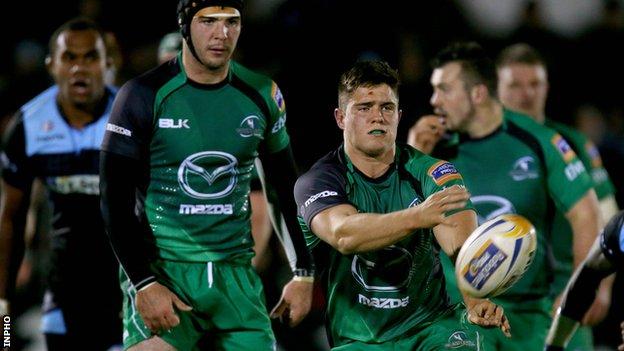 Dave Heffernan is among five players to sign contract extensions with Connacht.

The 23-year-old, who has made rapid progress since switching from the back row to hooker position last year, has signed a 12-month extension to his current deal with the senior squad.

Darragh Leader, Conor Finn and Finlay Bealham have been promoted from the Academy, taking the number of players to sign new deals recently to fifteen.

Commenting on the Academy graduates, Connacht head coach Pat Lam said: "It's fantastic that we will have these local-born and Irish qualified young men fully integrated into the senior squad next season".

"I've seen first-hand the work ethic and the commitment from these boys who are constantly striving to improve their game and themselves.

"We know that they are all capable of stepping up to the next level when needed.

"If they continue to work hard, I have no doubt that they will go from strength to strength in the coming months.

"Dave (Heffernan) has really impressed us this year especially with the speedy transition he went through to go from playing in the back row to hooker.

"He has shown us his commitment and drive to make the shift a success and we have seen his good work on the pitch in recent games."