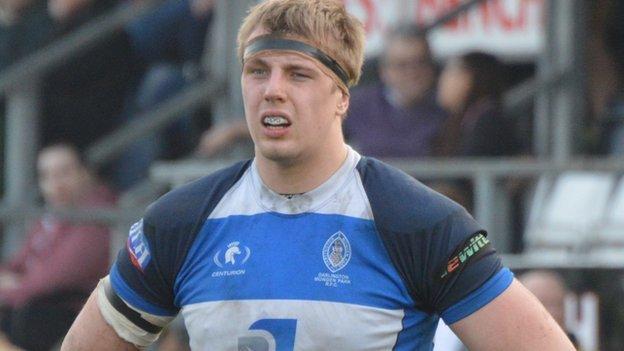 Jersey RFC have announced the signing of five new players for next season.

The news comes a week after props Danny Herriott and Ben Rogers also signed for the club for next season.

Glynn's move to Jersey comes after three years of dual registration with Moseley, while Hoskins, 24, has experience with Perth side Western Force Super Rugby.

Jersey face a battle to ensure their new signings will be playing Championship rugby next season as they currently sit three points above bottom-placed Ealing Trailfinders with just two matches remaining.