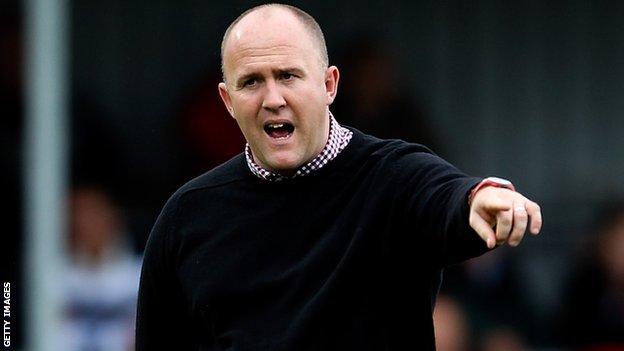 Cornish Pirates boss Ian Davies is to miss his side's trip to Bedford as his wife is expecting a baby.

Experienced players Gavin Cattle and Alan Paver will take temporary charge of the side at Goldington Road.

Davies told BBC Radio Cornwall: "I'm not actually travelling because my wife is due to give birth on Monday.

"Yes, it's a bit of a dead rubber, and it's very strange really as normally, when we go to Bedford, both sides are challenging for the play-offs."

Cornish Pirates go into Saturday's game in sixth place in the Championship with 50 points from 21 games, while Bedford are 18 points below them in ninth.

"It will be a good experience for Gavin and Alan," Davies continued. "I'm sure it will be an intense game.

"Bedford finish with two home games so they'll want to finish on a high."

Meanwhile, the club have confirmed that hooker Rob Elloway has been selected for the Barbarians, who face All Ireland League club Clontarf in Dublin on 23 April to mark the millennium anniversary of the Battle of Clontarf.