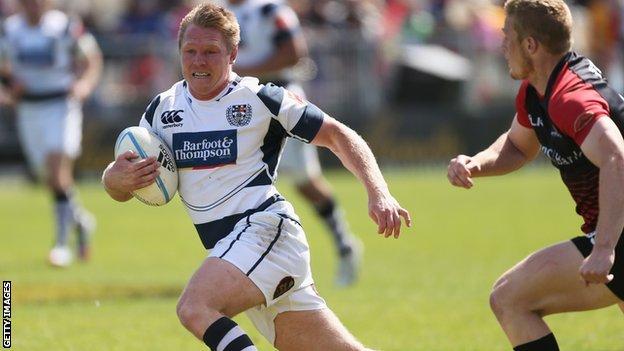 Connacht have boosted their ranks with the signing of hooker Tom McCartney from Super Rugby side the Blues.

New Zealand-born McCartney will move to Galway next season and has made 64 appearances for the Blues since his debut against the Chiefs in 2008.

The 28-year-old can play at both hooker and prop and previously played under Connacht coach Pat Lam at Auckland.

Last season, McCartney played in the number one jersey in the absence of All Black Tony Woodcock, but moved back to hooker with the Blues this year.

"We're delighted to be in a position to announce Tom for next season. Hooker was a key area that we had to target for recruitment," said Lam.

"I have worked with Tom at both Auckland and the Blues in New Zealand and he is an excellent team man who was a key member of our leadership group.

"Securing Tom was high on our priority list and the coaching staff are excited about bringing in such an experienced hooker who has also proven skills at loose-head prop, where he played for the Blues and Auckland Rugby.

"With the unfortunate loss of Brett Wilkinson due to injury, this type of versatility is invaluable for the squad."

McCartney, who will move to Connacht at the conclusion of the New Zealand ITM Cup season, says he is excited about his impending move to Ireland.

"I've been with the Blues and Auckland Rugby for over seven years now and enjoyed every minute. But this move is a fantastic opportunity and the challenge I've been looking for," he said.