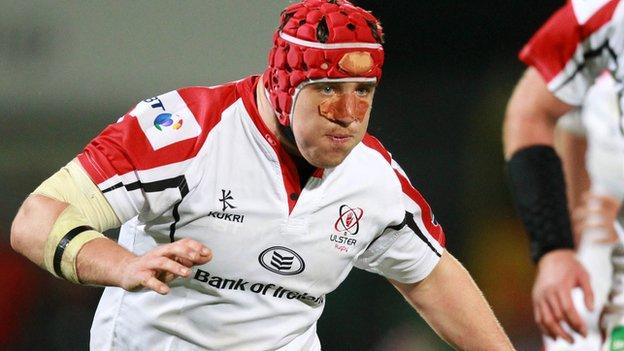 Ulster prop Declan Fitzpatrick is to return to Northern Ireland on Monday after being treated in a Glasgow hospital for an irregular heartbeat.

The 30-year-old tight-head suffered palpitations during Friday's Pro12 match against Glasgow and was taken to hospital that night.

His club said a procedure to correct an irregular rhythm in Fitzpatrick's heart had been successful.

He is to have further tests in Belfast as standard procedure.

Ulster said it was too early to say how long Fitzpatrick would be out of action.

Fitzpatrick had come on as a replacement for Ricky Lutton late in the first half of the match at Scotstoun, but had to come off midway through the second period.

Lutton, who sustained a toe injury against Glasgow, had an x-ray on Monday. It showed there was no break and the player will have ongoing physiotherapy ahead of the 2 May Leinster game.

Tom Court suffered a thumb injury on Friday evening but it was not broken and he will resume training later this week.