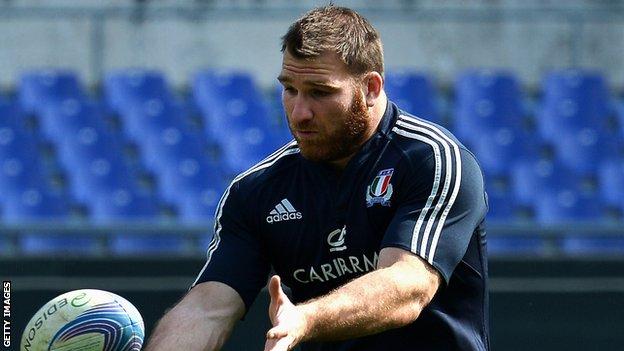 He has played 32 times for Italy and started in the Six Nations defeat by England in March after four replacement appearances in the competition.

"I rate him as a very good prop at the highest level," said Wasps director of rugby Dai Young.

"We've got some very good young props here at Wasps who will learn a lot from working with him.

"We want to build a squad which has strength in depth in every position and bringing in players like this will help us continue to build on that aim."