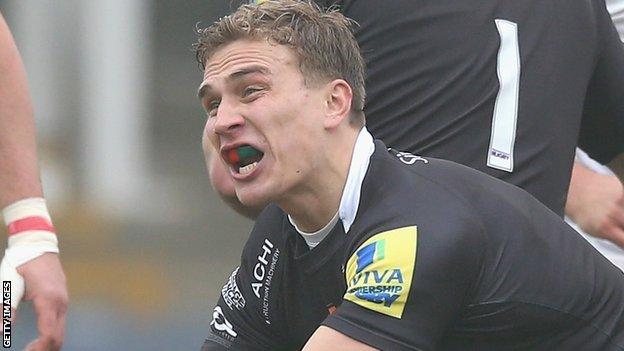 Fury, 28, after promotion to the Premiership, and has played 16 matches this term.

Falcons have Fury, Mike Blair and Bristol's Ruki Tipuna fighting for the number nine shirt for 2014-15.

"There is a great culture being created here at the club at present, I'm really pleased to be a part of it," said Fury.

Director of rugby Dean Richards added: "Warren is a tenacious and determined individual who gives his all every time he walks out on to the park.

"He is also a great character, both on and off the pitch, and I'm really pleased he has re-signed with the club."