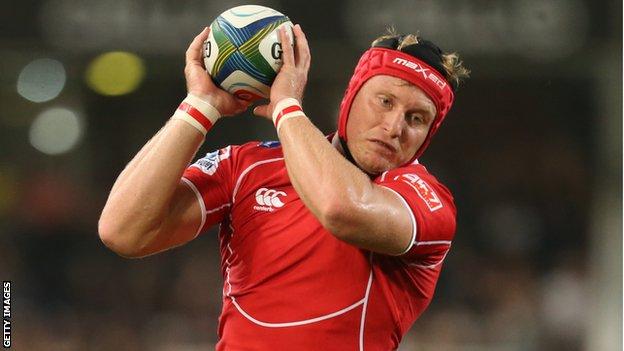 He will be a direct replacement for his countryman, Ulster captain Johann Muller, who is retiring at the end of the season.

Van der Merwe, 31, has spent the last eight seasons playing for the Lions team in the Super Rugby competition.

He will join Ulster in the summer after the Super Rugby season ends.

Van der Merwe is currently sidelined with an ankle injury although he said he hoped to be back before the end of the Super Rugby campaign.

He had a loan stint with the Sharks last season before returning to Johannesburg with the Lions.

Van der Merwe said: "I spoke with Johann Muller and Ruan Pienaar about Ulster and they had only good things to say. That made the decision really easy for me."