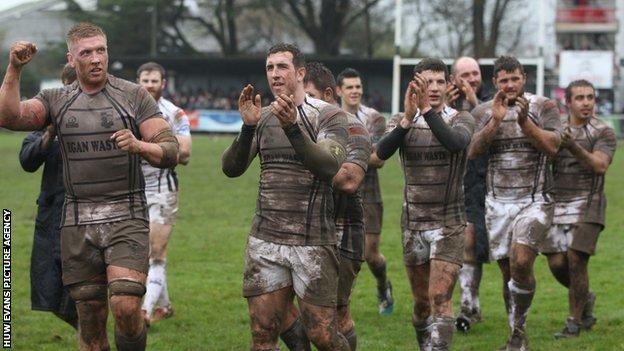 Pontypridd coach Geraint Lewis says the club will play "arguably the most important game" for 10 years on Saturday when they face Leinster A in the semi-final of the British and Irish Cup.

Ex-Wales forward Lewis acknowledges the size of the task but says home support can see them through.

"We know the challenge that awaits us," he said.

"Leinster are a formidable outfit and one of the best teams in Europe with a strong and big squad.

"They'll come with an aggressive, physical pack who will be able to play some rugby.

"Leinster have had a certain style now for a few seasons. They play the game quickly, a good passing team and like to play with a bit of width.

"We know we're up against it but we're home [and] we'll have a good crowd.

"The atmosphere at Sardis Road is always worth a few points to us but we know we'll have to be at our best to challenge."

Lewis reported no fresh injury concerns following Tuesday's 35-22 defeat away to Newport in the Welsh Premiership.

Pontypridd finished top of a pool including London Welsh, London Scottish and Edinburgh Academicals before a last gasp win over Cornish Pirates in the quarter-finals.

Victory over Leinster A would secure home advantage in the final against Bristol or Leeds Carnegie in May.