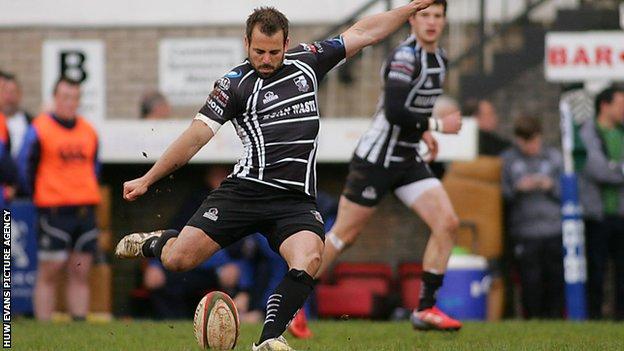 Leinster A denied Pontypridd a place in the final of the British and Irish Cup after a tense draw game at Sardis Road.

The Irish team went through on try count as they crossed three times compared to Pontypridd's once.

There were no further scores as Leinster claimed a place in the final against Bristol or Leeds Carnegie.

It was a cruel result for the semi-professional players of Pontypridd who led from the 12th minute when winger Joel Raikes latched on to a Lewis Williams kick-ahead to score.

Fly-half Simon Humberstone kept Ponty's noses ahead with a superb display of place-kicking, slotting five penalties in addition to the conversion of Raikes' try.

Brendan Macken and Ben Marshal scored Leinster's other tries, which proved decisive in the end.

The game had looked lost for Leinster as Ponty - playing into a stiff wind - dominated the second half in front of a vociferous sold-out home crowd.

But having opened a seven point lead through the boot of Humberstone, the Welshmen were unable to withstand wave after wave of late pressure which culminated in Boyle touching down with the stadium clock long-since stuck on 80 minutes.

Leinster will now bid to become the first team to win the tournament twice, while Ponty are chasing domestic honours in the Welsh Cup and Principality Premiership.