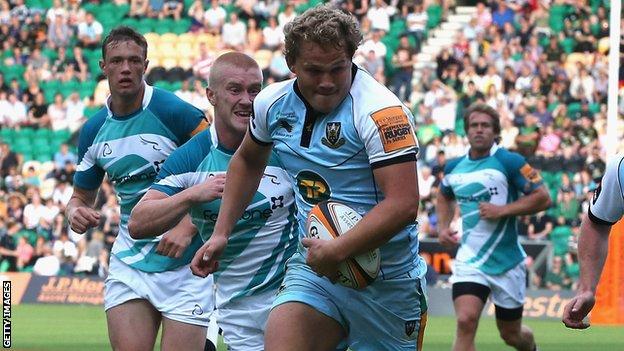 Bristol have announced three more signings for next season, including the arrival of boss Andy Robinson's son.

Olly Robinson, 22, has agreed a two-year deal from Championship Moseley.

Bristol have also confirmed hooker Rhys Lawrence has committed to a one-year extension at the club.

Speaking about his son's arrival, director of rugby Robinson said: "Olly has shown a great attitude at Moseley and established himself in the Championship with consistently very good performances.

"We're building a team with a vital blend of youth and experience - Olly's arrival underlines that philosophy."

Scotland international Rennie, 28, has scored seven tries in nine appearances since his loan move to Bristol in January.

Brooker returns to his home city, having made 14 appearances for the Warriors during their current Premiership campaign.

Lawrence, 26, has played 64 games for the West Country outfit, scoring ten tries, and is now contracted until the end of next season.

Bristol have already confirmed their place in the Championship play-offs and will finish the season top of the table.