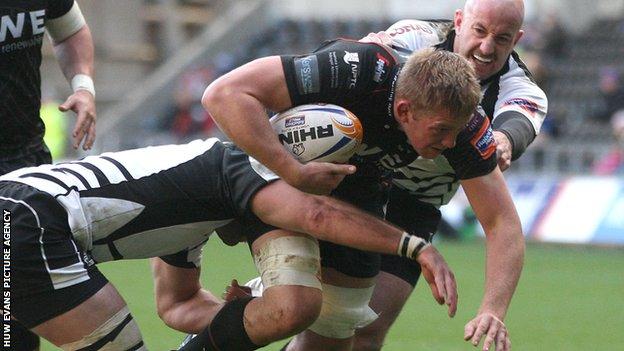 Ospreys second row Lloyd Peers has signed a new contract with the region.

The new deal will keep the 23-year old former Bridgend Athletic player at the Liberty Stadium until the end of the 2016/17 season.

Peers has made 35 appearances for the Ospreys since making his debut against Exeter Chiefs in November 2011.

"If I keep working hard I'll continue improving and, hopefully, be able to cement my place in the team," said Peers.

Peers is the 12th player to have signed a new contract with the Ospreys since the turn of the year.