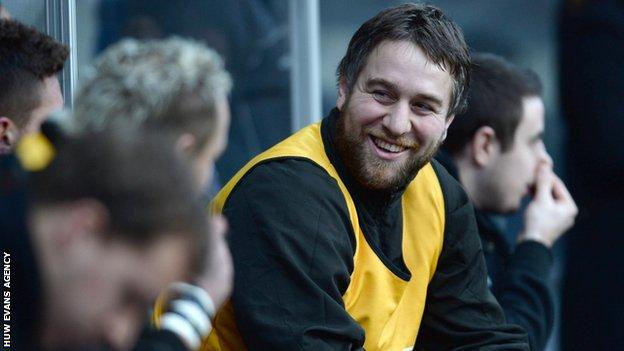 Jones, 33, is set to face Rotherham in the English Championship semi-final first leg on Saturday.

His transfer to the English club came early because of the terms of his deal to leave Ospreys.

In a statement Bristol said: "Bristol Rugby would like to thank the Ospreys for their co-operation throughout this process."

Capped 75 times by his country, with a record 33 as captain, Jones has won three Grand Slams and featured for the Lions in 2005.

Ospreys had no option but to release Jones to Bristol because the Welsh team's bid to make the Pro12's top-four play-offs ended when Ulster secured a point against Leinster on Saturday, triggering the player's release.

In a series of social media messages, he said: "Looking forward to meeting up with my new Bristol RFC team mates.

"To all the Ospreys supporters I'm really sorry I didn't get to say goodbye - thanks for all your support over the years - see you around."

If Bristol beat Rotherham over their two legs, they could face London Welsh in the final with top-flight status at stake.