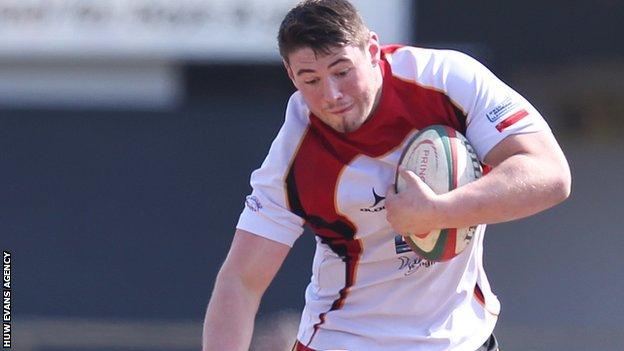 Ospreys have signed 20-year-old prop Gareth Thomas ahead of the 2014-15 season.

Thomas, a Wales age-grade international, has been a Welsh Premiership regular for Carmarthen Quins and has played twice for Scarlets.

The loose-head prop has also appeared in the British and Irish Cup for Llanelli.

Ospreys have signed Thomas until the end of the 2016-17 season.

Thomas is the fifth newcomer to join the Swansea-based region for next season.