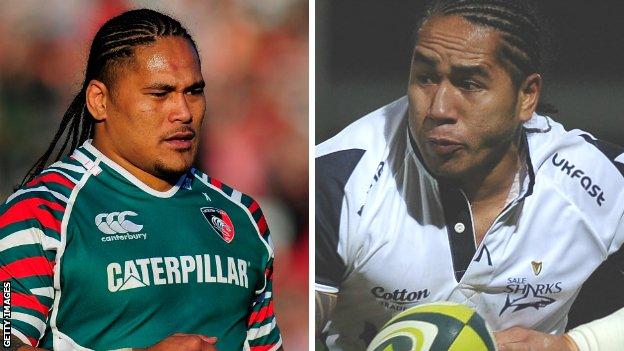 The brothers, 33 and 27 respectively, will arrive from Japanese club NTT Shining Arcs and Newport Gwent Dragons.

Both players can play across the three-quarter line, at wing and centre.

"Alesana and Anitelea are quality acquisitions, and have bags of experience at the very highest level," said director of rugby Dean Richards.

"They have physicality and pace, which is what you need to be successful."

"I'm extremely excited at the prospect of returning to the Premiership with Newcastle," said Alesana.

"Newcastle is a big club with huge potential, and under Dean Richards there is an exciting vision for rugby in the North East which I want to be a part of."