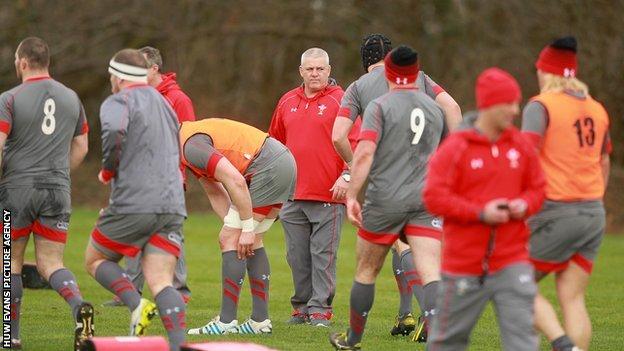 The Welsh Rugby Union have announced a senior trial match will be held ahead of Wales' summer tour to South Africa.

The game at the Liberty Stadium on Friday, 30 May, between Probables and Possibles sides, will be the first trial match in 14 years.

It will be a final chance to impress the Wales management ahead of the tour to South Africa.

"It's great that we are able to resurrect the famous Wales trial," head coach Warren Gatland said.

The failure of the Welsh regions to qualify for the Pro12 play-offs meant there would be a five-week gap between the end of the season and the first Test.

Wales assistant coaches Rob Howley and Robin McBryde, who both played in the last Wales trial in 2000 at St Helen's, will lead the coaching teams for the Probables and Possibles respectively.

The two squads, which will be announced on Tuesday, 13 May, will prepare for the clash separately.

Wales head coach Gatland will announce his 31-man squad for the two-Test tour in a post-match press conference.

"It's a good opportunity for the players but it's also important for us in our short-term as well as long-term preparation," Gatland added.

"The trial will enable us to work with the extended squad and see those players in our environment as preparations ramp up for next year's World Cup.

"It's a chance for players to experience the set-up and round off a week's training with us in a meaningful match and hopefully put their hand up for this summer's tour.

"The tour itself is going to be extremely tough and the game will be important in ensuring we don't head into it cold."