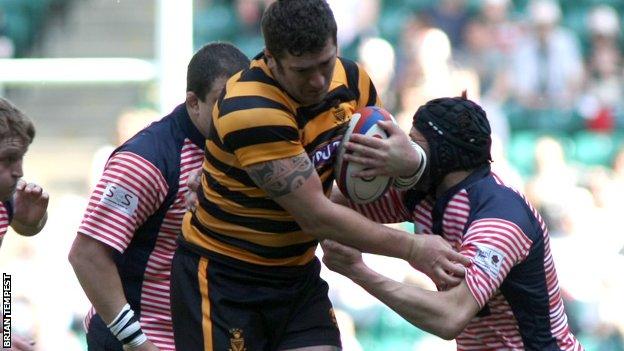 The Black and Gold ran in 10 tries at Redruth's Recreation Ground to put them top of their group.

"We knew that this was an unknown team, but a team we could hopefully get a win from," added Dawe, after his first County Championship game in charge.

Kieron Lewitt kicked 15 points as Cornwall prepare for a tough test against Gloucestershire next week at Camborne.

Gloucestershire know they must win to keep their hopes of making the final at Twickenham alive after losing 30-19 at home to Hertfordshire.

"It was a good game, the boys started the game well, they had a good attitude and I was really pleased with that," Dawe said.

"There are a few things that need to be worked on and hopefully Ian Morgan, myself and everyone else can see that and try and talk to the players and try and get it a bit better."