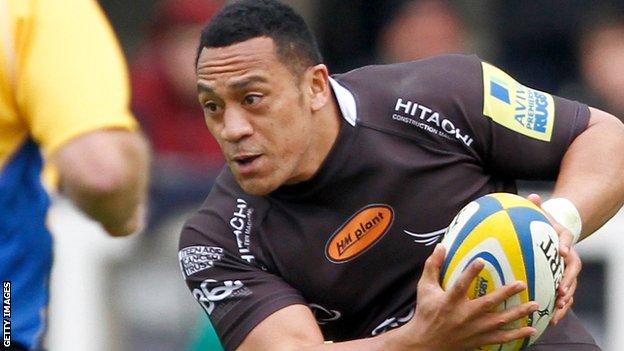 Samoan three-quarter Sinoti Sinoti says Newcastle need to make a "statement" against Exeter on Saturday, their final game of a mixed Premiership campaign.

Falcons avoided relegation at the expense of Worcester but have won just three of 21 games this term in their first season back after promotion.

"We can't afford to lose, we need to make a statement going into next season," Sinoti told BBC Newcastle.

"Just to finish off on a high we need to win this game."

Although Falcons had already made concrete plans for recruitment before their top-flight status was confirmed, safety was celebrated with the confirmation that Alesana and Anitelea Tuilagi have joined for 2014-15 to add competition in the back-line.

"It's great news, those two are well-known players and powerhouses," Sinoti continued.

"It's going to be interesting at Newcastle next year."