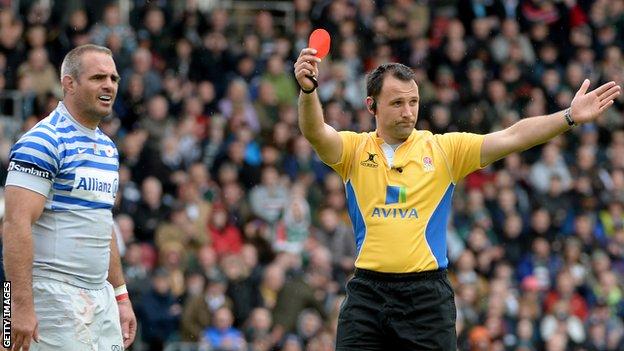 The Rugby Football Union have overturned the red card issued to Saracens flanker Justin Melck in their defeat by Leicester on Saturday.

Melck was dismissed on 44 minutes for appearing to gouge the eye of Tigers hooker Neil Briggs, who later said referee Greg Garner had made a mistake.

An RFU disciplinary hearing determined that the charge should be dismissed.

The South African, 31, is now free to play in Saracens' Premiership semi-final against Harlequins this weekend.

Garner had consulted touch judge Simon McConnell before sending off the former Munster man, who joined Saracens in February 2009, but the incident was not referred to the television match official.

"Neil Briggs was the supposed victim and he said there was no eye-gouging," he said.