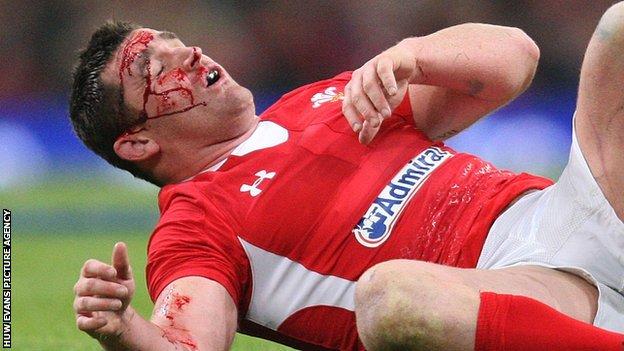 Huw Bennett has been appointed assistant strength and conditioning coach to the Wales national rugby team.

He joined Lyon in 2012 after 11 years at Ospreys, but did not play a game because of his career-ending injury.

Bennett has a sports science degree and "will form a crucial part of our team", according to Wales' head of physical performance Adam Beard.

Bennett's senior career began at Swansea before regional rugby was introduced in 2003, and he has played in three World Cups.

Baugh left at the end of the 2014 Six Nations to take up the role of head of strength and conditioning at London Wasps, a move that sees him teaming-up again with former Arms Park colleague Dai Young, who is in charge at Adams Park.

Beard added: "We were extremely impressed with him [Bennett] during the recruitment stage, which was highly competitive and this was aided by his understanding of the national squad set-up.

"His knowledge of the requirements of what it takes to perform at the highest level will be extremely important to us as we continue our preparations ahead of the 2015 Rugby World Cup."

Bennett suffered the Achilles injury while playing for Wales against Scotland in February 2012.

He joined French club Lyon from Ospreys four months later, but retired instead of undergoing a fourth operation on his injury.