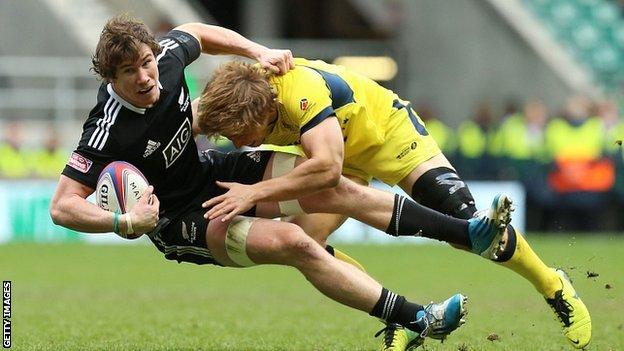 Champions New Zealand finished the Sevens World Series in style by winning their fifth title of the season at Twickenham.

England, who lost 15-12 to Australia in the semi-finals, secured third place with a 26-19 win over Fiji.

England, runners-up in Hong Kong, finished the season in fourth place, behind the Kiwis, second-placed South Africa and third-placed Fiji.