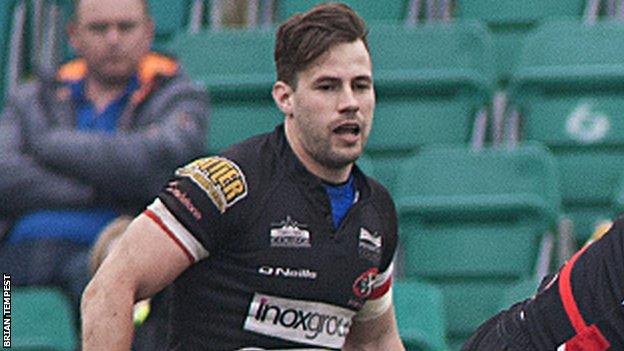 The 28-year-old former Ireland Under-21 international in 2012 having previously played for Bedford and Plymouth Albion.

He has been the club's leading points scorer in both of his seasons, scoring a total of 409 points in 55 matches.

"Kieran is one of the best outside-halves in the Championship so we are delighted he has signed on for another season," said Pirates boss Ian Davies.

"We have managed to retain a high percentage of our experienced players, which is an important ingredient as we move into the new season."

He is the latest player to sign a new deal with the club for the 2014-15 Championship season, following and