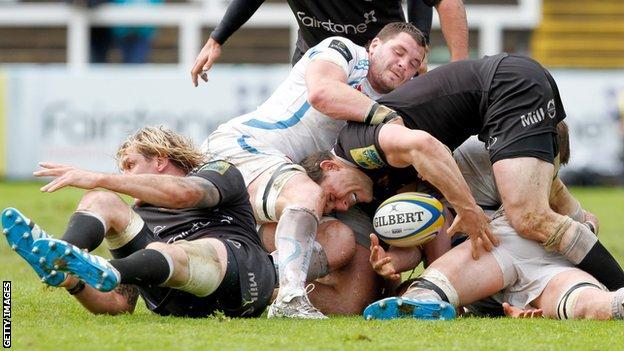 Director of rugby Dean Richards is planning a change of style for Newcastle Falcons after surviving in the Premiership this season.

Worcester Warriors finished bottom of the table, but the Falcons won just three matches all season and scored a divisional-low 23 tries in 22 games.

"With the quality of players we've brought in it would be wrong to utilise them the way we have done this year."

Despite uncertainty regarding their top-flight status, the Falcons had already confirmed five signings for 2014-15 before Worcester's loss in the penultimate round of fixtures confirmed they would stay in the top flight next season.

Since then, Newcastle have announced that Alesana and Anitelea Tuilagi have signed for the club, news that has lifted the mood at the end of a tough season.

"It's been a difficult year," Richards added.

"Thankfully for us we've got some new faces coming in next year, we've strengthened the side.

"It's not just the Tuilagi brothers coming in, the other players who have come in will complement what we've got."