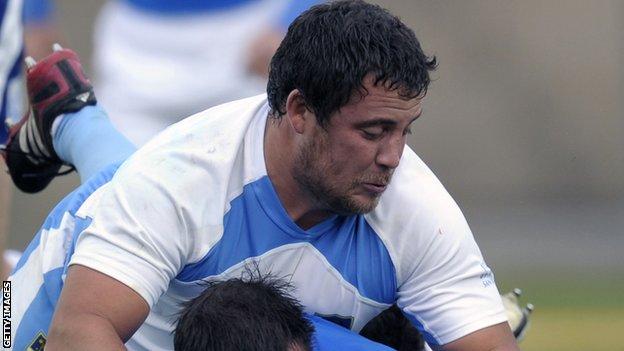 Argentina hooker Eusebio Guinazu is to leave Premiership side Bath at the end of the season.

The 32-year-old, capped on 36 occasions for his country, arrived at the West country club in November 2012.

He featured a total of 17 times for Bath, but did not play a full 80 minutes in the Premiership this season, making six league appearances in total.

"He's going on to pastures new, but has been a good servant to us," head coach Mike Ford told BBC Radio Bristol.

"He didn't play as many games as he'd have liked, but the competition at hooker is fierce."

Ford confirmed, however, that Guinazu would play a part in Bath's Amlin Challenge Cup final against Northampton Saints on 23 May in Cardiff.