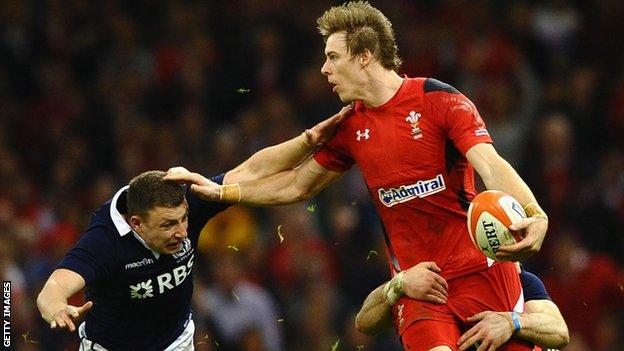 Matthew Morgan's spectacular score for the Ospreys against Edinburgh in September 2013 won try of the year.

Williams was a consistent performer for the Scarlets during the season, and was named man of the match in Wales' record 51-3 win over Scotland in the Six Nations.

He also scored his first international try in that match, when he started in the absence of the injured Lions full-back Leigh Halfpenny.

Williams has been named in the Probables XV for the Wales trial match ahead of June's two-Test tour of South Africa.