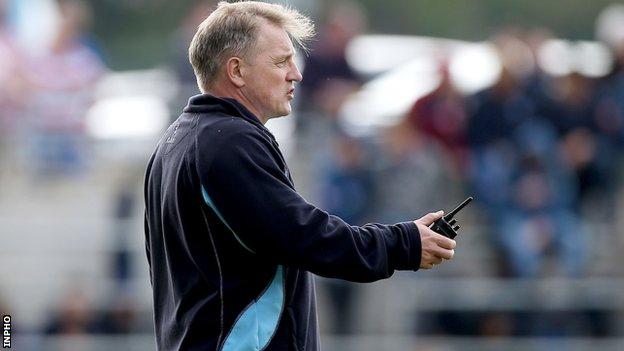 Eddie O'Sullivan has been appointed as the new head coach of French side Biarritz Olympique.

The former Ireland coach has agreed a two-year contract with the Basque club, who were relegated from the French top flight this season.

The 55-year-old has not held a full-time coaching role since leaving the United States Eagles in 2011.

Biarritz said O'Sullivan had turned down an offer from Munster in favour of a move to France.

There was speculation that O'Sullivan, who hails from County Cork, would join the Irish province as a backs coach.

O'Sullivan quit as Ireland coach in 2008 after winning three Triple Crowns during his seven years in charge.

He started his second spell in charge of US Eagles in 2009 but left two years later, saying he wanted to "consider options closer to home".

Biarritz are five-time French champions and won the title three times between 2002 and 2006, and were also runners-up in the Heineken Cup in 2006 and 2010.