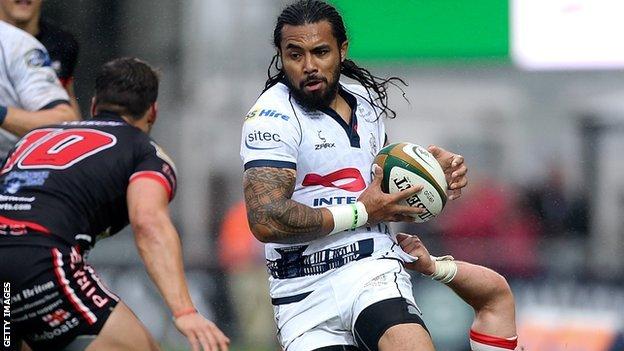 Centre Fautua Otto has been released early from his contract at Bristol.

The 28-year-old's deal with Championship club was due to expire this summer, but he has been let go during their play-off campaign.

"By his own high standards, it hasn't quite clicked for Tua this season," said director of rugby Andy Robinson.

"Tua has struggled with injuries during the campaign, but his application in training and demeanour around the training ground has remained positive."

Robinson added: "We wish him the best of luck going forward and thank him for his contribution."

Otto represented Samoa at Sevens and made 29 appearances in three years at Bristol, scoring 13 tries.

Robinson's side take a three-point advantage into Saturday's play-off semi-final second leg at Rotherham, having won 17-14 at the Memorial Stadium last weekend.