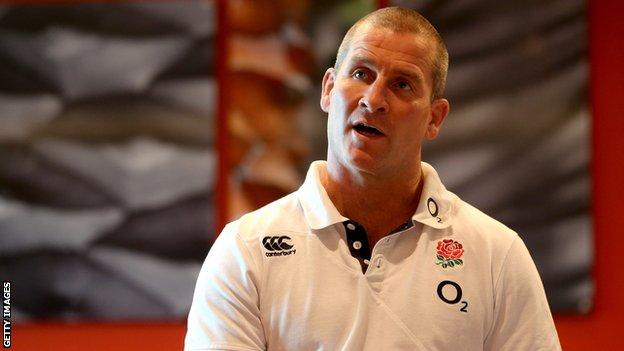 Head coach Stuart Lancaster wants England to restore their reputation when they travel to New Zealand for a three-Test series in June.

Previous visits in 2008 and 2011 were marred by poor performances and bad behaviour from players off the pitch.

"We've let ourselves down in our previous two visits and we need to make sure we leave there as good ambassadors for England," said Lancaster.

"We need to leave with their country respecting us as a team and a group."

England's start to the tour has been hampered by fixture congestion.

They will compete against the All Blacks in Auckland on 7 June without players involved in the Premiership final on 31 May.

Northampton, Leicester, Saracens or Harlequins will contest the semi-finals over the next few days.

The squad travel to New Zealand in two groups - the first on 27 May and the second on 2 June.

"Everyone is very frustrated by the situation," Lancaster said. "We get very few opportunities to go to a country like New Zealand and play against them, so you want to go with your best side."

England have beaten New Zealand just once in their last 11 meetings, while their last victory against the All Blacks in the southern hemisphere was in 2003.