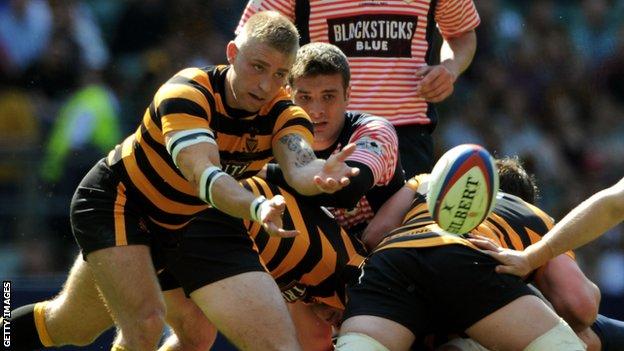 Cornwall trailed 13-12 at half-time as scores from Notman and Greg Goodfellow were cancelled out by Tom Bozzard's try and two Gloucestershire penalties.

Lewis Vinnecombe and Notman crossed to give Cornwall control, with Loti Molitika scoring a late consolation.

In the Division One South group's other match, Hertfordshire beat North Midlands 54-20.

Cornwall travel to Hertfordshire on Saturday, with the winner playing in the County Championship final on 1 June.