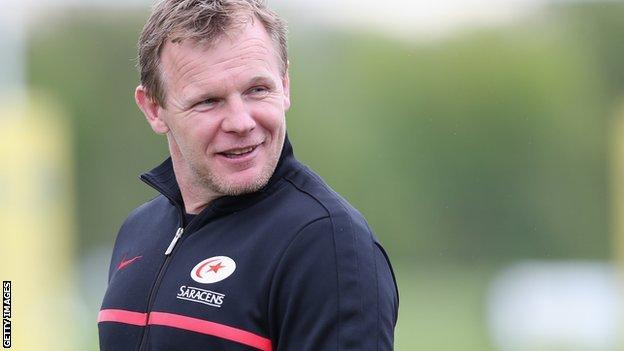 Saracens director of rugby Mark McCall has said his side have banished the disappointment of last season's failures by reaching two finals.

Sarries, already in the Heineken Cup final, beat Harlequins to reach the Premiership showpiece, a year after losing in the semis in both competitions.

"We've got some demons from the past in these semi-finals," said McCall.

"Our season was over this time 12 months ago and we just had regrets."

We've had five years of building to this point. It hasn't all gone smoothly

He added: "This time, after coming top of the Premiership by a long way, I thought we deserved to win the game."

Saracens convincingly overcame Clermont Auvergne in the Heineken Cup semi-final last month and will face Toulon in the final, the side who knocked them out at the final-four stage last season.

And after dominating the Premiership by finishing nine points clear of everyone else, they turned around a half-time deficit against Quins to win 31-17 and reach the final for the first time since they won it in 2011.

"To play the way we played against Clermont two weeks ago and then back that up with that second-half performance shows we've come a long way as a squad in the last 12 months," said McCall.

"You just have to experience things and go through things.

"We've had five years of building to this point. It hasn't all gone smoothly. There's been some big setbacks, as well as some triumphs.

"You put all of those things in the melting pot and the players are more mature and better than two years ago."