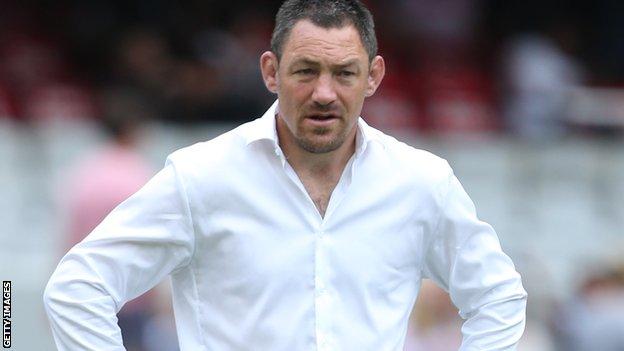 The 41-year-old, currently head coach of the Hurricanes, replaces Phil Davies, who left the post in March.

Hammett has agreed a three-year deal and will join up with Cardiff at the end of the Super 15 season.

Interim coaches Paul John and Dale McIntosh will work under Hammett after his arrival later this summer.

Hammett could arrive in Cardiff as late as August if Hurricanes reach the Super Rugby final, which takes place on 2 August.

New Zealand-born, but Wales-capped McIntosh joined Blues as an assistant coach ahead of the 2013-14 season.

John arrived as backs coach after Gareth Baber left in December, 2013, then joined McIntosh in guiding Blues through the final stages of the season after Davies' departure.

Holland said: "We believe his [Hammett's] long-term vision for the Blues with take us to the next level and achieve our ambitions.

"We conducted an extensive worldwide search, with the help of Wales coach Warren Gatland and Gareth Edwards, and are absolutely delighted that Mark Hammett will be taking the role."

Blues finished 7th in the Pro12 this season, missing out on a place in next season's European Rugby Champions Cup.