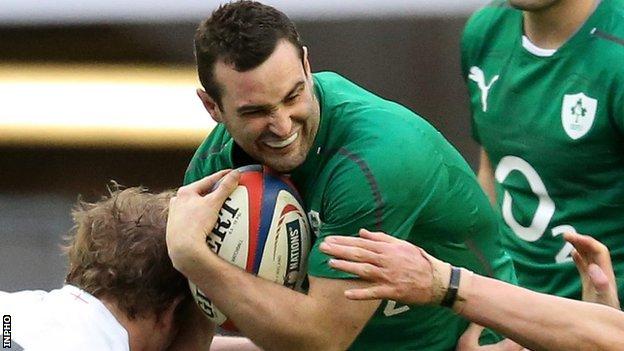 Leinster winger Dave Kearney will miss Ireland's tour to Argentina after suffering a knee injury in the Pro12 semi-final win over Ulster on Saturday.

Tommy Bowe is being rested after an injury-plagued season, while Ian Madigan and Gordon D'Arcy are absent.

The squad, which comprises 16 forwards and 14 backs, will depart for the two-Test tour on Sunday 1 June, the day after the Pro12 final between Leinster and Glasgow.

Sean O'Brien is not included after an infection complicated his recovery from shoulder surgery, but Munster wing Simon Zebo is named after being overlooked for the Six Nations championship success.

The first Test will be played at the Estadio Centenario in Resistancia, situated in the north-east of Argentina, on Saturday, 7 June.